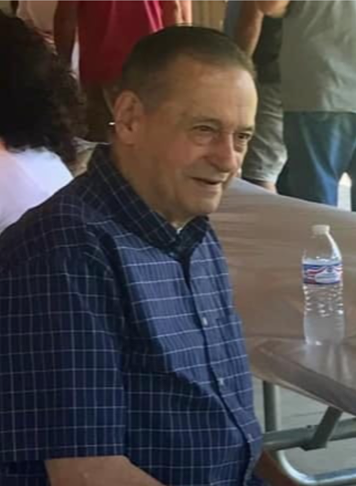 WILLIAM BRYANT “PETE” ASHWORTH passed on August 31, 2019, while mowing the property he loved on “Ashworth Mountain,” rejoining his wife and the love of his life, Anna “Sis” O’Dell Ashworth. “The hill,” as it is known to family and friends, had belonged to Pete’s grandfather, George Surface, and is the location of the home built by Pete and his father, Sam, where Anna and Pete raised their 10 children. It became the gathering place for their ever-expanding family that includes 22 grandchildren and 10 great – grandchildren.

Pete was born on January 11, 1930, to Samuel and Myrtha Ashworth, one of seven children, all of whom preceded him in death. In 1937, a four-year-old Anna moved into the house next door, and he was smitten. They married in 1951 and celebrated their 67th anniversary the December prior to Anna’s death. Pete proudly served in the U.S. Navy as an aviation structural mechanic from 1950 until his honorable discharge in 1954. He was a valued, long-time employee of Tri-State Roofing, where he was always proud of his work, especially the copper roof on the Spring House at the Greenbrier Resort. He was an active member of Sheet Metal Workers’ Local 202/33, holding various offices and working extensively with the apprenticeship program. Later in his career, he was the owner of Tabor Inc., a respected sheet metal, roofing and HVAC company in the Charleston area.

Anyone who knew Pete knows he was a tough man to describe in a few words. He was a good, honest, hard-working man who loved and supported his wife and family throughout his life. In return, he was loved and admired by his entire family, who will remember him as a master storyteller. Everyone loved to hear the many tales from his life, always full of detail and his trademark irreverent humor. They included much laughter, and at least a little debate about the level of authenticity. He was generous with his time, his knowledge and his money, helping family and friends whenever needed. He remembered each child, grandchild and great – grandchild with a phone call every year on their birthday (including spouses!) and / or anniversary. Pete will be remembered for his integrity, work ethic, sense of humor and love of Dr Pepper.

In lieu of flowers, the family requests donations be made to HospiceCare, 1606 Kanawha Blvd. West, Charleston, WV 25387.