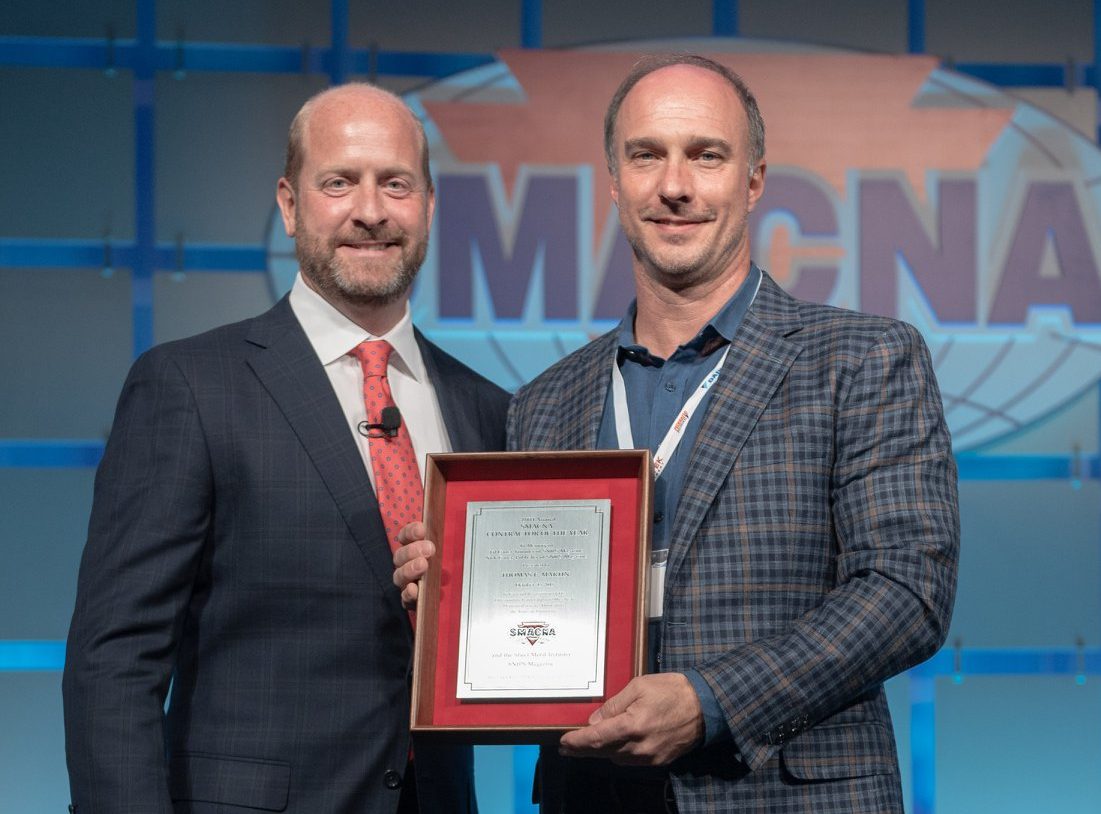 A Cleveland-area sheet metal contractor signatory with Sheet Metal Workers Local 33 was named contractor of the year by the national contractor’s association.

Tom Martin, President of T.H. Martin, Inc., was was named 2018 SMACNA Contractor of the year.

Martin has served as the President of SMACNA Cleveland since 2014, and joined the SMACNA Board of Directors in 2017. A year later, he was appointed to the SMACNA/SMART Best Practices Market Expansion Task Force. Martin serves as the chair of various SMACNA committees and is a Trustee on the Local 33 Joint Apprenticeship and Training Committee.

Founded in 1985 by Thomas H. Martin, the father of Tom Martin, T.H. Martin is a family owned business that provides mechanical services in Northeast Ohio.

Some of their more recent work includes the following projects:

Click here to read the entire press release announcing T.H. Martin, Inc. as the 2018 SMACNA Contractor of the Year.